Where Mister Softee Trucks Are Born

If you've seen any any of our blog posts or videos about the mobile ice cream business then you'll find this article very interesting.  0 going around your neighborhood yet, you just might soon enough.

This article was originally published by NJ.com by Bill Duhart on August 09, 2020.

You hear the jingle first.

It blares from a speaker on the front of a box-shaped truck, painted white and blue, with distinctive logos and lighting all around, including a guy in a blue sport coat, white shirt, red bow tie and a swirling custard-shaped hair doo.

If you grew up in the Northeast, it just wasn’t summer until you heard the jolly jingle and the humming drone of the refrigeration units on the clunky trucks that brought soft serve ice cream to your neighborhood with its Pied Piper tune.

The coronavirus pandemic — which has parents working from home and kids cooped up in their own backyards — has provided a new-found appreciation for the iconic ice cream business that was born in Philadelphia, grew up in New Jersey and still lives here, retrofitting trucks out of a warehouse in South Jersey.

And other parts of the U.S. — now up to 18 states — are getting a taste of the infamous chocolate or vanilla soft serve topped with sprinkles as new franchise owners in states like Texas and Virginia buy into it.

Inside a warehouse in Runnemede, just 11 miles from Philadelphia where Mister Softee moved into in 1959, is where the magic on wheels is brought to life. NJ Advance Media got a taste of the behind-the-scenes setup during a recent visit to the warehouse.

It’s hard to miss. The sheared side of an old Mister Softee truck is mounted on the roof of one of the buildings. 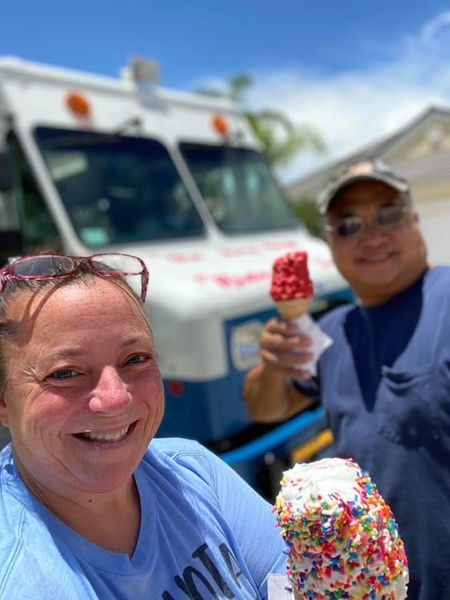 Jim Conway’s father and uncle started the business in 1956, then moved into the 12-acre site three years later. The Conway family still runs the business — two of his nephews just took over in January.

“People in this area grew up with it,” said Conway, 62, during a tour of the warehouse complex. “Mister Softee is a part of their life.”

Conway’s father and uncle were selling soft-serve ice cream machines for restaurants before a customer asked to mount one in a truck for mobile distribution. The Conway’s discovered they needed to come up with an engineering solution because the compressors for the refrigeration units needed to be located in a separate compartment than the ice cream freezers to reduce heat inside.

The design they came up with — locating the compressors in the back of a 18-foot-long by 7.5-foot wide truck – is still in use. The trucks are the same ones used by FedEx and UPS, but start out new and are retrofitted, painted and repaired at the property. Some are still in operation more than 50 years later.

re customers are served, even though windows are installed on both sides. Workers in Runnemede cut open the sides to fit them with windows where customers will be served. They also install insulation and all of the machinery — the ice cream machines, compressor and air conditioning units.

They retrofit up to 20 trucks a year and it takes about two months to complete each truck. A gleaming silver-plated truck that was still being outfitted in their garage last week and had not yet been painted, was going to Dallas for a new franchise there.

Conway said there are about 350 franchisees who operate about 625 trucks nationwide. A franchise and territory can be bought for $7,500, plus an annual royalty of $3,500. Affiliated companies provide cones, cups and gallons of vanilla and chocolate liquid that is whipped into fluffy ice cream by machines specially made for Mister Softee. Conway and company also train the new franchisees.

The Runnemede warehouse complex does not supply products like the liquid ice cream mix, cones or other food products. But it does house trucks owned by some local franchisees who park them there to load up supplies and plug into electric receptacles for power when the trucks are not idling.

“People who are successful in our business operate in specific neighborhoods,” Conway said. “They become a piece of the fabric of neighborhoods.”

Mickey Soo knows just what Conway is talking about. He had his first Mister Softee cone in 16 years last month when a truck motored through his Port St. Lucie neighborhood in Florida.

“It started out when I was living Brooklyn when I was a kid,” said Soo, 57, a retired New York City police detective. “Back then, in the early ’70s, it cost a quarter and my parents would cough up enough for me and my two sisters to get ice cream. It would make our nights.”

Soo said all his childhood memories instantly came back with his first lick of chocolate ice cream with sprinkles on a cone he scored with his girlfriend, Annie Balshi, 50, also a Florida transplant who grew up with Mister Softee in suburban Philadelphia.

The business is mostly seasonal in cities with cold weather. But Conway said there are some truck owners who operate year-round.

“There’s one guy who operates a truck or two in Manhattan around the Christmas holidays, Conway said.”

And you can hire them on-demand — $125 for an hour which includes that much worth of ice cream — which has become a popular way to celebrate birthdays in the age of social-distancing.

Some celebrities were already on to this model.

Music and fashion mogul Sean “P-Diddy” Combs frequently books a Mister Softee truck for his annual Fourth of July party in the Hamptons and demands it play the jingle on a continuous loop, Conway said.

The Mister Softee jingle was written specifically for them but is loosely based on a song from the early 1900s. Conway said an advertising company his family hired in the 1950s also came up with the name and conehead logo.

He said Mister Softee franchises are still finding new customers who haven’t grown up with them.

“We have a truck in a new market like Texas,” he said. “We had a fellow opened a new franchise in western Virginia and many of them had not seen a Mister Softee truck before. It was lit up and they were looking at it like ‘what the heck is that?” 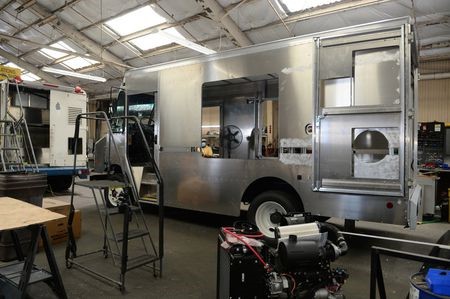